Today Apple demonstrated the future of developing on its platforms at its 2014 Worldwide Developer Conference. Unlike previous years the conference was solely focused software – OS X 10.10 Yosemite and iOS 8. Here are the 5 most important things that developers should take away from today. 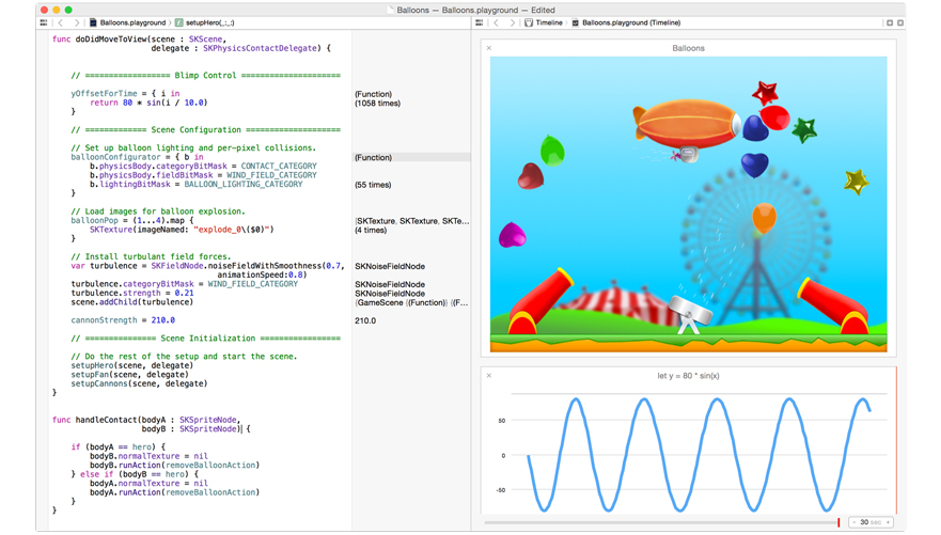 One of the most impressive features in Swift’s arsenal is the ability to see changes to code in real-time. This includes Xcode displaying how many times each part of a loop will execute to graphing the values of variables over time.

It also introduces multiple return types, allowing more than one value to be returned from a function.

Semi-colons have now been made optional and are not required unless you want to have multiple statements on one line.

Other new features that are introduced in Swift is the capability of passing functions to other functions as parameters and functions having variable amounts of parameters.

If you want to get started with Swift you can download the 500-page book that Apple published in the iBooks Store today and a copy of the Xcode 6 beta.